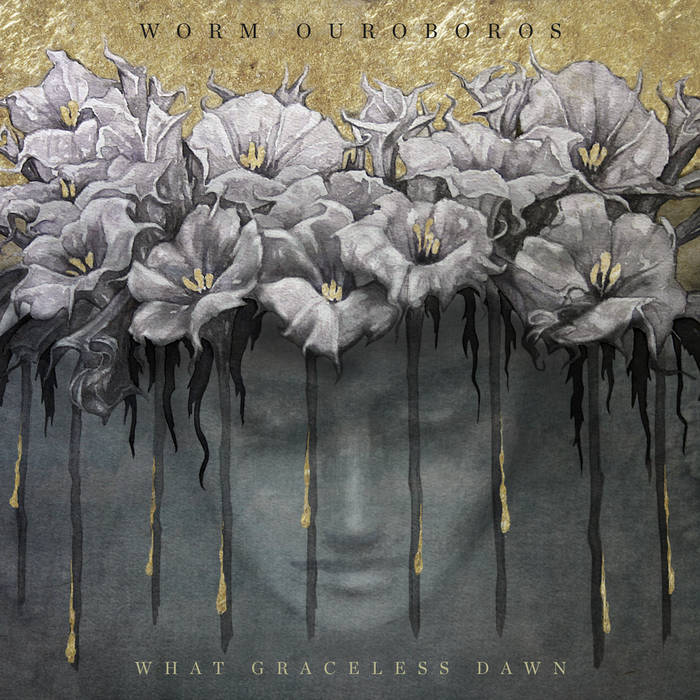 Laws Listens Listening to What Graceless Dawn is like flying through a thick fog and occasionally catching glimpses of an alien landscape, abandoned settlements, and otherworldly flora. Truly unique and excellent! bit.ly/2lcntMR

TwilightAmbiance Another great release from Worm Ouroboros. The production is a little more muddled and claustrophobic in comparison to their last outing, Come The Thaw, but I think it's still an interesting choice to do so and doesn't detract much from any of the beautiful songs on this album.

Enemy Of The Sun

With their third LP Oakland’s WORM OUROBOROS have brought into existence their deepest and most moving work yet. The follow-up to 2012’s “Come The Thaw” the band’s sophomore release, the trio of bassist/vocalist Lorraine Rath (ex-The Gault/Amber Asylum), guitarist/vocalist Jessica Way (Barren Harvest), and drummer Aesop Dekker (Vhol, Extremity, Khorada, ex-Agalloch/Ludicra) have taken the WORM OUROBOROS sound to a new level of sophistication through their amalgam of morose 4AD-esque doom, death rock, dark ambient, and enchanting chamber music. Through obsessive bass lines, ambient guitar movements, layers and overtones, the alluring vocal intertwining between Rath and Way, along with Dekker’s subtle yet procession-like percussion parts “What Graceless Dawn” is a sonic vision of tragedy and despair, one of the saddest, crippling, and gut-wrenching releases in the realm of heavy, dark, introspective music that will bring the curtain down on the year.

WORM OUROBOROS formed in June 2007 by Lorraine Rath and Jessica Way. With both musicians already having experience within the Bay Area heavy music scene, Way was previously part of metal band World Eater and Rath being a part of the pinnacle Amber Asylum lineup as well as being co-mastermind of The Gault, WORM OUROBOROS set out to create music which explores the lines between fragility and strength, darkness and light, harmony and discord. Drawing inspiration from many places, including metal, doom, folk, progressive, and dark ambient genres, Worm Ouroboros creates its own space; a creeping, dark landscape full of murky dreams and emotions. The band would see the inclusion of drummer Aesop Dekker (Vhol, ex-Agalloch/Ludicra) in 2010 who would replace original drummer Justin Green.