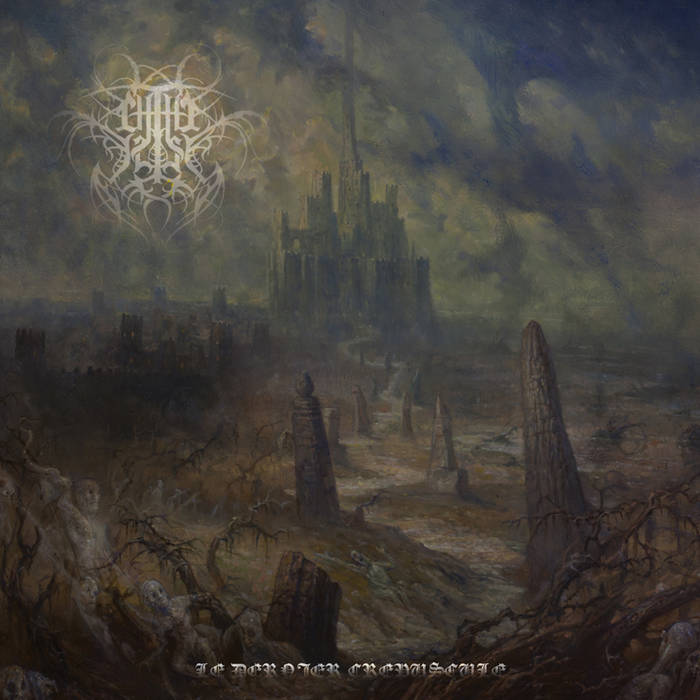 Peter Christian N. Skov Listening to this, I felt as though roots had grown up from the Abyss, burrowed through the soles of my feet into my veins, and proceeded to syphon my soul down into a putrid cavernous expanse where, in the dank recesses at the bottom, a menagerie of hideous and terrifying beasts were ready to gnaw and crush my soul into oblivion. I love this record!

Megachiles No one slaps that bass as fast n loose as my man Philly T. Favorite track: Vecoiitn'aphnaat'smaala.

ScoopMeister Demilich's uglier, filthier, more cavernous little brother. But despite the obvious influence of those Finnish weirdos on their music, Chthe'ilist (I'm literally looking at the band's name right now and I still have no idea if I'm spelling it correctly) manage to be so much more than just a clone, mixing in other influences and an atmosphere that's entirely their own to create an album that is totally compelling in its own right. Favorite track: The Voices From Beneath The Well.
more...

Montreal Quebec’s CHTHE’ILIST was formed in 2010 by the duo of vocalist/guitarist/bassist Philippe Tougas and drummer Philippe Boucher (also of notorious Canadian tech death metal wizards Beyond Creation). Their intent was to play abhorred and dark atmospheric brutal Demilich-worship technical death metal with over-the-top guitar shredding. The result would be the “Amechth'ntaas'm'rriachth” demo which caused quite the stir in the underground death metal scene.

Now almost five years since the duo (now a three-piece) unleashed their demo, their much anticipated (within the death metal underground at least!) debut full-length “Le Dernier Crépuscule” is finally set for release early 2016. Recoded in various places and mixed by Greg Chandler (Esoteric, Cruciamentum, Indesinence) at his Priory Studios, “Le Dernier Crépuscule” is an insane dark death metal sonic pillage where the band’s old-school Finnish death metal hailing (i.e. Crematory, Abhorrence, early Xysma, and of course the aforementioned Demlich), along with taking influence from the likes of old-school Pestilence, Nocturnus, Timeghoul, and Ripping Corpse, reflects through their massive ambitious pieces that form their debut album.

Interviews With Butcher Brown and Slauson Malone, plus LP of the week by SAULT.