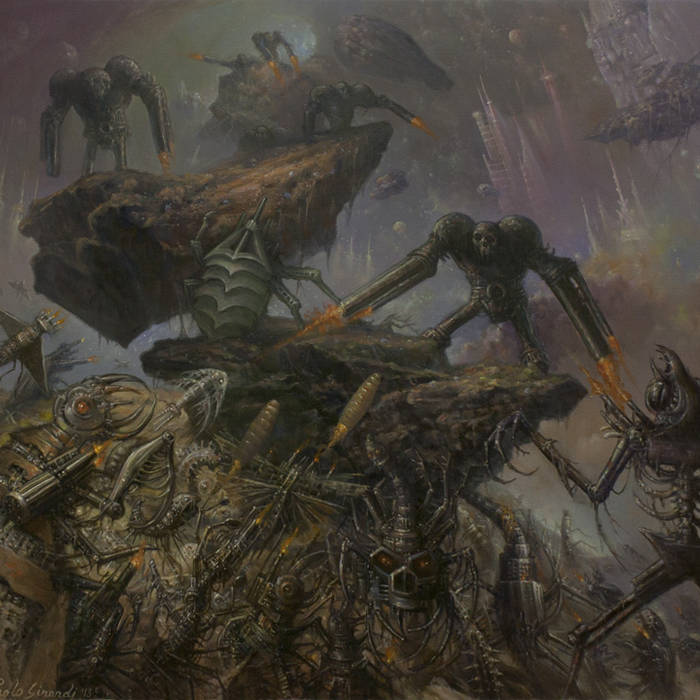 Camel Brutal and progressive death metal that is clearly a cut above the rest. There's a bit of dissonance in this album too - not enough to where the music itself would be considered dissonant, but enough to where it catches your attention, which I can appreciate. The melodies are surprising and really caught me off guard in the context of how brutal this album is. This is going to remain a highly influential death metal album for awhile.

NY based death metal band ARTIFICIAL BRAIN was conceived in 2011 by REVOCATION guitarist Dan Gargiulo and ex-Biolich vocalist Will Smith (Biolich, coincidentally being the former band where several members would end up forming CASTEVET upon Biolich’s break-up). After conceiving a demo and a two-song EP, ARTIFICIAL BRAIN have unleashed their devastating debut album “Labyrinth Constellation”, and album which shall be a platform for such a band to be recognized amongst the elite amongst one faction of the U.S. death metal scene.

Overall, “Labyrinth Constellation” (recorded, mixed, and mastered by Colin Marston of Krallice, Gorguts, Dysrhythmia etc. in his Thousand Caves) will serve its purpose with its own unique take on the death metal genre and an album that will fit accordingly alongside the Profound Lore’s twisted death metal contingent with such bands as PORTAL, MITOCHONDRION, GRAVE MIASMA, ABYSSAL etc.